PURPOSE: The purpose of the present study is to assess the rate of newly formed microcracks comparatively during root canal instrumentation by using ProTaper Next, Reciproc, and Self-Adjusting File systems using micro-computed tomography.

SUBJECTS AND METHODS: Thirty mesial roots of mandibular molars were randomly assigned to 3 experimental groups (n = 10) as follows, ProTaper Next, Reciproc and Self-Adjusting File system. Preoperative and postoperative scans were obtained at the isotropic resolution of 13.68 µm. Cross-section images were examined to identify the presence of newly formed dentinal microcracks.

The full text of the article is available on the journal's website: 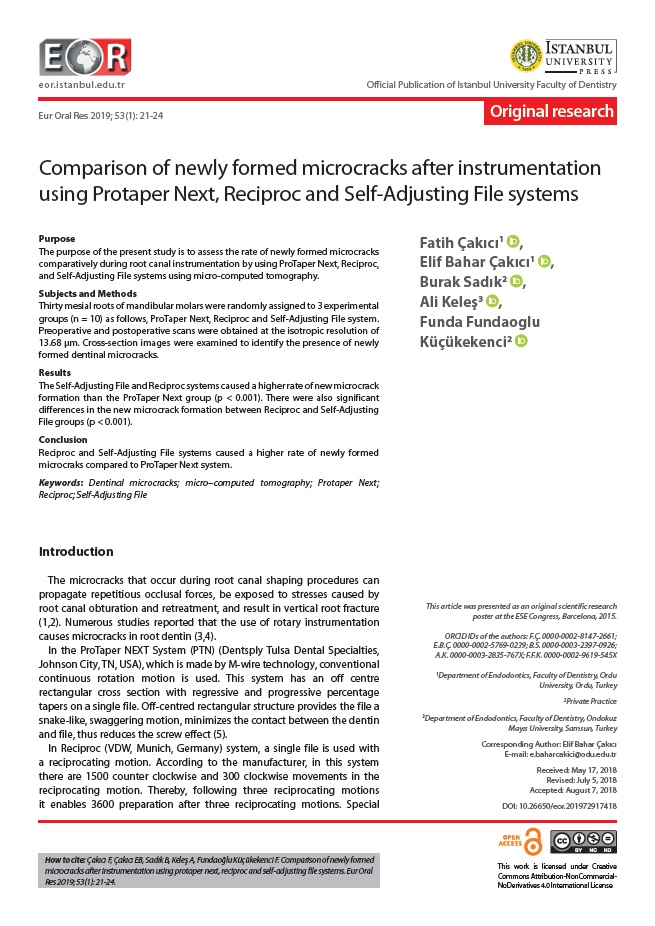