MATERIALS AND METHODS: Eighty mandibular premolars with single root and canal were instrumented with ProTaper Universal rotary system (SX-F3) and obturated. The samples were divided randomly into four groups (n = 20). Group 1 served as a control; only ProTaper Universal RFs D1-D3 were used, and the extruded debris was weighed. Groups 2, 3, and 4 were the experimental groups, receiving a twofold retreatment protocol: Removal of the bulk, followed by the use of supplementary files. The bulk was removed by RFs, followed by the use of ProTaper NEXT (PTN), WaveOne (WO), and Self-Adjusting File (SAF) for removal of the remaining root filling residues. Debris extruded apically were weighed and compared to the control group. Statistical analysis was performed using one-way analysis of variance (ANOVA) and post hoc Tukey's test.

CONCLUSION: SAF results in less extrusion of debris when used as supplementary file to remove root-filling residues, compared to WO and PTN. 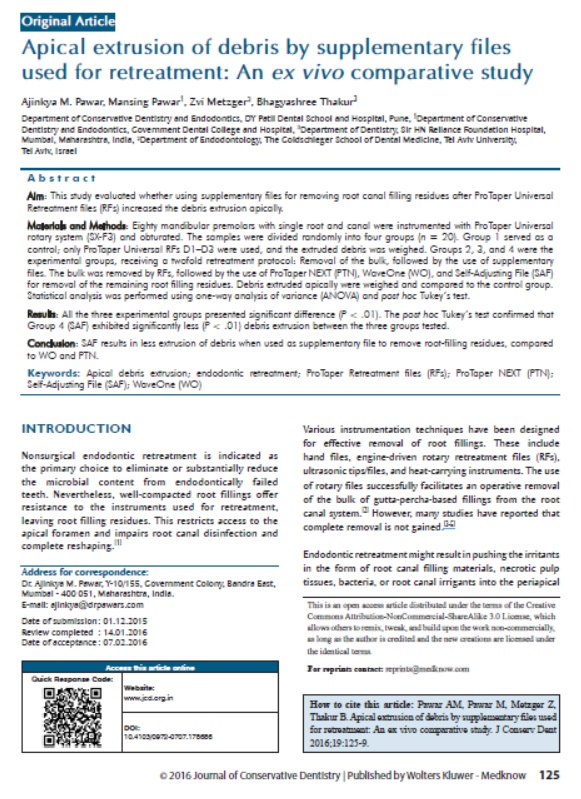