INTRODUCTION: Debridement during root canal treatment is mandatory and it is provided by means of chemo-mechanical instrumentation and irrigation methods. This article analysis the debridement capacity of a novel system, SAF and its special irrigation device when used with different operation times in curved root canals.

RESULTS: Non-used, 4-min pre-used and 8-min pre-used SAF efficiently removed debris and smear layer in the apical thirds. There were no significant differences among the groups in terms of debridement.

CONCLUSIONS: When SAF is operated in curved root canals with continuous flow of irrigation it results in debris and smear-free canal walls in the critical apical thirds within 12 minutes.

The full article is available for free on International Dental Research 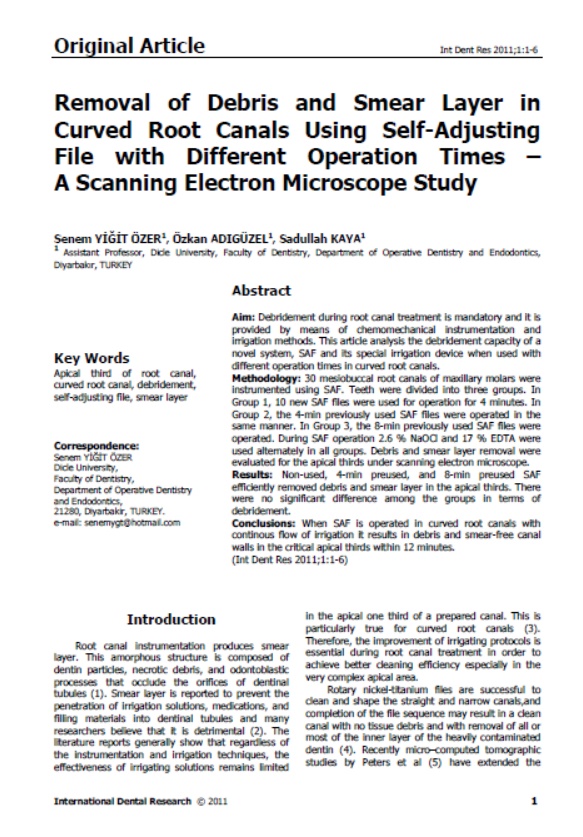