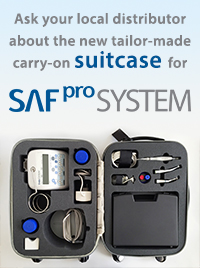 Aim To test and compare the effectiveness and safety of two size 20, .04 taper rotary files that were used as glide path preparation files for the self-adjusting file (SAF) in curved canals of mandibular molars.

Methodology Forty mandibular molars with curved mesial roots and narrow MB root canals were selected based on a passage of size 15 K-files to WL; size 20 K-files could not reach WL. Only roots with no visible microcracks were included. Two types of size 20 rotary files were used for glide path preparation, the new Pre-SAF size 20, .04 taper file and the ProFile size 20, .04 taper, which served as the reference and control. Both files were used with 3-4 pecking strokes, which brought them to WL. Two parameters were tested: whether the glide path allowed manual insertion of a 1.5-mm SAF file to WL and whether the procedure caused microcracks in the root dentine. Paired t tests were used to compare the groups.

Results Glide path preparation with both files allowed the manual insertion of the SAF file to WL in all 20 root canals, with no difference between the two groups. No cracks were detected after the procedure in any of the roots in either group.

Conclusions Both types of size 20, .04 taper rotary files were effective for glide path preparation for the SAF file in curved canals. Neither file type caused microcracks in root dentine. 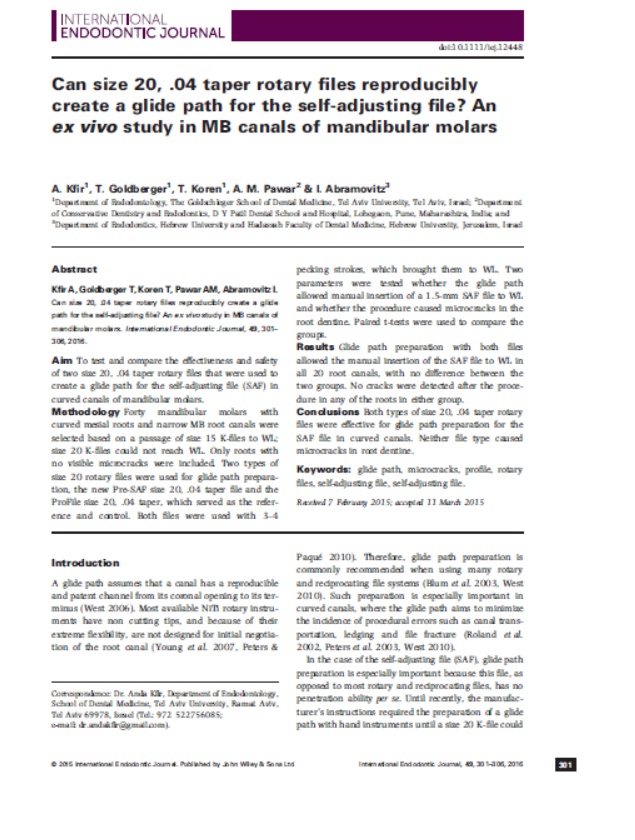